It’s been a while since Sofia and I have spent time together. Well, you know, we’ve never actually met. But once upon a time, we Skyped, or used gchat, or Hangouts, or whatever, once in a while. Not a lot, but a few times. She would see me, I would see her. We might come together. Or she might come for me. Or put on a little fashion show for me.

You’ve seen her. You know how fucking beautiful she is, how lucky I am to have had her pretty body at my disposal for years, now. 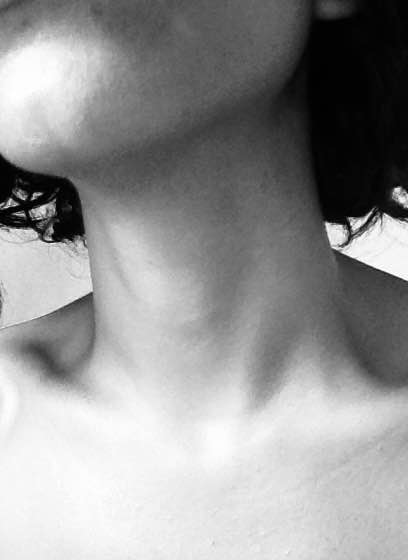 As I wrote a few days ago, our relationship in recent days has been in a bit of an evolution, whereby she tells me what she needs, instead of the other way around. Of course, her needs leave me filled with need, which I’m not exactly shy about. So when, the other day, she said to me that she wanted to have a “date” with me, for us to align our schedules and spend a few minutes together, I was filled with need.

I sat myself down in a coffee shop. I opened up my laptop. And, to begin with, we chatted, in Hangouts. No video – just words. I told her what to do – to touch herself, to show me what she was wearing, to pose her body for me. As ever, she faithfully executed my instructions. A man in a suit sat directly behind me, with a clear view of my screen, obstructed only by my back. I made the images of Sofia as small as I could tolerate. And we began a video chat.

She began in leggings and a tank top. In no time, she was in bra and panties. Then, topless. And playing with her pussy throughout. FUCK, my cock was hard. She got a haircut recently, too, and her hair is shorter than I’ve seen it before. There’s enough for a good fistful, but not a lot more. She looks awesome.

We had only fifteen minutes left. Did she want to come over and over? Or to wait for fourteen minutes?

“Whatever you want,” she said.

After her third orgasm, we promised we’d do it again soon.