I really liked “Serial,” the podcast whose first season was about the mystery surrounding the death of Hae Min Lee, a Baltimore high school girl, and the conviction of Adnan Syed, for her murder, and whose second season was about Bowe Bergdahl. A few weeks ago, the folks at “This American Life” and “Serial” started hyping their next effort – “S-Town.” I consciously avoided reading or hearing anything about it until yesterday. Sarah Koenig, the creator and host of “Serial,” annoys the shit out of me. I loved the show in spite of her, rather than because of her – even as I had nothing but awe for what she’d created.

Yesterday afternoon, I saw an e-mail in my “junk” folder hyping “S-Town,” and I thought to myself, “I’m not listening until, unless, someone I know and respect tells me it’s amazing.” So. I thought that. And literally, as I finished that thought, the following text came through from T: “I started listening to S town. It’s amazeballs.”

That was less than 24 hours prior to my writing this, and I just finished binge-listening. It’s ten times better than “Serial.” In every way. The story, the characters, the telling, the music, the concept. All of it.

You must go listen.

It’s hard to say much of anything about it without spoilers galore – but: it’s moving, heartbreaking, redemptive, maddening, compelling, and, ultimately, an incredibly sensitive portrayal of the complexity of what it is to be human.

When you’re done listening, click past the jump to find some pictures I found on line of characters and scenes in the show.

This is the aerial view John B. directs Brian to on Google maps: 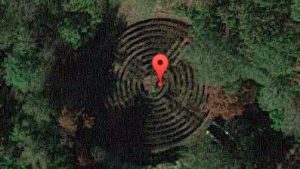 And these are some shots of the maze itself: 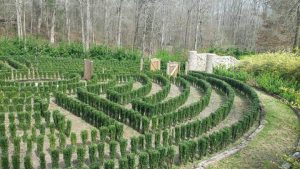 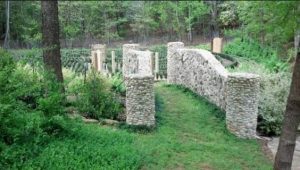 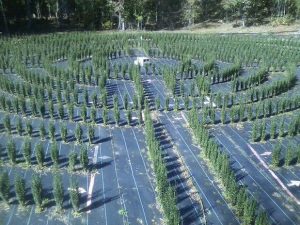 This is John B. – he’s more slender than I imagined, and better looking: 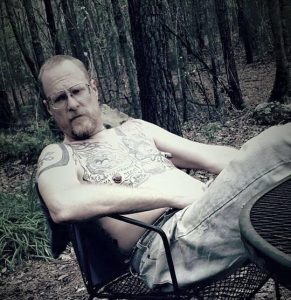 And this is Tyler: 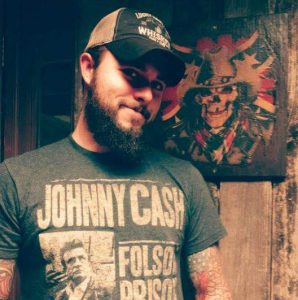 My heart goes out to Tyler.

And, finally, this, apparently, is John’s back, after the tattoo described in the last episode. It makes me cry. Literally. 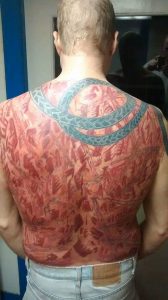 The show gives me so much to think about. Here are just a few of the questions I have:

And a little trivia: that song – “A Rose for Emily” – based on the Faulkner short story you can read here, was recorded by the Zombies. In 1968.

I haven’t linked through to the articles in which I found the pictures above because, honestly, not one of them was all that interesting or told me anything I didn’t learn by listening to the show. But I’m grateful to the folks who dug up the pictures – including Tyler himself, who, apparently, posted that one of John B.’s back on the Black Sheep Ink’s Facebook page, at some point.

If you listen to S-Town, let me know your thoughts.