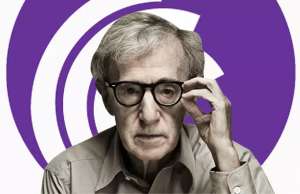 After what I wrote recently, in my obsessive way, I went and read some more about and by Lauren Duca. Pretty much everything I read that she’d written made me like her more. There was “Is there such a thing as a feminist marriage proposal?” in which – I shit you not – she pretty much described my marriage proposal as the closest thing there is to a feminist marriage proposal (and in which I learned that she, at least in February of 2016, was engaged, as a result of a proposal shockingly similar to – if separated in time by nearly 20 years from – mine). There was “All ‘joking’ aside, Trump’s second amendment comment could get people killed,” which, um, yes. And there was “Ariel Winter has boobs, please get over it.” In which I learned that there’s a woman named Ariel Winter, who, apparently, has boobs.

Which is why I haven’t paid to see a Woody Allen movie since his nuptials with Soon Yi Previn.

Let me say one thing against myself here: by all evidence, Woody and Soon Yi have a real, mature marriage, one that’s lasted a long time, well into her adulthood. I have no interest in decrying the marriage itself. But still. It says something about a man that married his wife’s daughter.

And another thing: there’s a whole secondary issue with Woody Allen – the issue of his alleged abuse of another of his wife’s children. I don’t even know where to go with that, except to say that if Woody were innocent, his defense did nothing to encourage me to believe that. (See James Deen.)