I tolerate a lot of ambivalence among women who want my cock in their mouths. In fact, sometimes, I even find that ambivalence hot (if it’s internally generated, rather than ambivalence about me).

Tamora possesses tremendous ambivalence. Not about me – no, she knows she wants me. But she often isn’t sure just what role can or should play in her life. I don’t entirely understand this. I don’t need to. Except that it affects me, in the following way: she’s canceled more dates with me than we actually have had. It’s not even close. And yet, and still, I keep going back.

The date began with lots of extremely un-sexy talk. About aging, about relationships, about politics. See, we like each other, and we like talking, and we have some stuff in common. I learned – as an example of just how un-sexy our small talk was – that she was about to have surgery on her sinuses.

We had two drinks. We dissed the waitress. Tamora is a bartender, and appreciates good service, and her sympathies naturally lie with servers over customers. This is admirable, and appealing. But this chick was in the wrong job.

Tamora’s not naturally submissive. She doesn’t particularly want me to tell her what to do, how to dress, etc. It’s not that she doesn’t want to please me – she does. She dresses very self-consciously to please me (she was wearing a soft cotton dress, for example). But she experiences instructions as stressful. She worries about – I’m not sure what – but it makes her nervous for me to tell her what I want from her. So I don’t. On this night, I asked her: “Sex club? Or hotel?” We had previously established that the Liberty Inn is too sleazy for her. At least, too sleazy for her with me. Another thing I don’t exactly understand, but respect.

She told me she’s curious about the sex club, but for another night…. So I dialed up Orbitz, we finished our drinks, and we headed out. “May I have a cigarette?” she asked. The last time we saw one another, I was smoking, and she and I shared several cigarettes. This time, I wasn’t. “Sorry,” I said. “I’m not smoking.” We discussed Chantix, the drug I’m taking to help me stop. (It’s been a few weeks, now.) The dreams. I handed her a twenty – “Buy some,” I said. She bought American Spirit Yellow, the brand I smoked most recently. I wasn’t even tempted. But her breath became that much better.

We checked into our hotel. I tossed her on the bed and devoured her. Her cunt was sweet, warm, wet. She came. She really likes my mouth on her cunt. Which is nice, and seems fair.

We switched places. She devoured me. I could write more, but is it, honestly, all that interesting?

I told her that I not infrequently imagine the sensation of her mouth on my cock. That’s true. 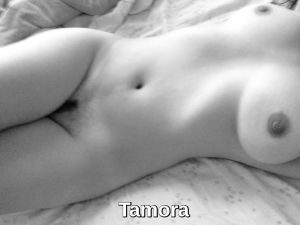