Tinder’s funny. Each person has up to six photos and about 200 characters in which to communicate enough about herself or himself to entice others.

When two people have “liked” each other – have swiped one another’s pictures right, or tapped on the little heart under the picture – each person gets notified that “it’s a match!”

Nine times out of ten, if I don’t initiate contact, it never happens. The man leads on Tinder, it seems.

So how do I initiate contact? On OKCupid, or other dating sites, by the time I initiate contact with someone, I generally know a fair amount about them and they know a fair amount about me. Profiles are robust, and people answer lots of questions about themselves. On Tinder? All I know is what can be communicated in six photos and about 200 characters. (And most women seem not to put anything in their 200 characters. Or to say things like, “No NSA.” Or, “Must love dogs.”)

I could try to come up with a unique approach for each match, but honestly – and this isn’t in any way to denigrate the six beautiful pictures and incredibly articulate 200 characters you’ve chosen – this doesn’t seem a good use of time. Most often, I try to say something that’s vaguely suggestive (I’m here, after all, for sexual connections), that’s slightly funny, and that makes light of the fact that my profile violates the rules, that I haven’t shown (and won’t show) anything of myself, that a woman must have swiped me either by mistake, because she was taken by my husky, or because the naughty pictures that follow speak to her.

That’s the formula. The prototypical response, then, is, “Wow – I can’t stop looking at (and thinking about) your mouth. That’s why I swiped. Why’d you swipe? My pointy ears?” Or maybe, “I really liked your third picture – you look like you have a naughty secret there. Which of my pictures did you swipe for?” I’m not clever enough to come up with too many options other than these. I switch it up. Sometimes it’s my pointy ears. Sometimes, my wet nose. Sometimes my lustrous coat. Sometimes I ask about the photos. But really, are there that many other options?

This is a bit how I feel when sending Tinder responses. I’m not looking for a life partner. I answer a bunch of matches. I do it because, genuinely, I’m interested in the woman. But the possibilities for clever approaches are sufficiently limited that I am sincere when I say, “I really like your mouth, and can’t stop thinking about it. Why’d you swipe? My pointy ears?” 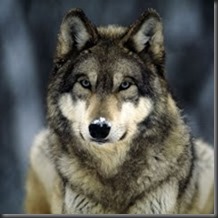