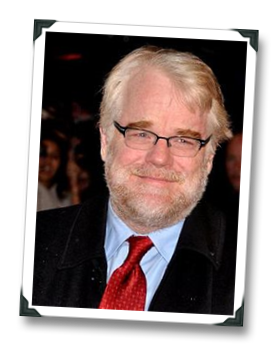 Blaming addicts for their addictions is unhelpful.

It is not “true” to say that Philip Seymour Hoffman was selfish; it’s a judgment, a subjective claim.

I was harsh in reply to something Dumb Domme – a super smart, very thoughtful, and very funny writer with whom I disagree occasionally (or more accurately, who disagrees with me occasionally) – wrote. I asked her, “what does judging Hoffman (or other addicts) do for you? What does it get you? What does it protect you from? Does it make you feel better? Better than? I am no different than Philip Seymour Hoffman. Except that I’m luckier. Perhaps you are better than both of us. I don’t know.” Her reply, confusing to me, is here.

Judging accomplishes two things. It makes the judge feel better about her or himself, providing reassurance that s/he is somehow, fundamentally, different from, better than, whoever s/he judges.

And by doing that, it (further) stigmatizes the addict.

It adds nothing to our understanding of the world. It contributes nothing positive.

There’s no “truth” in judgment, other than the emotional truth of the speaker: that s/he wishes to put distance between herself and the addict in question, and/or to express her pain or discomfort.

Judgment is intrinsically, essentially, emotionally dishonest. The “true” statement would be something like, “When I see what happened to Philip Seymour Hoffman, what he did/felt compelled to do to himself, to his family, I’m baffled, confused, scared. I simply don’t understand how a person could do what he did, because I never would, because I can’t imagine myself in his shoes.” And maybe, “The reason I believe I wouldn’t ever do what he did is because I believe so deeply that what he did was foolish, wrong, selfish that I simply can’t envision a world in which I might make the choices it seems he did.”

If you find yourself compelled to deride Philip Seymour Hoffman as “selfish,” I ask you: to what end? How is the world a better place after you have spoken your judgment? What have you added to it?

Emotional truth is real, and vital.

But when expressed as judgment, when disowned by the speaker and repackaged as truth, it becomes not truth but violence.