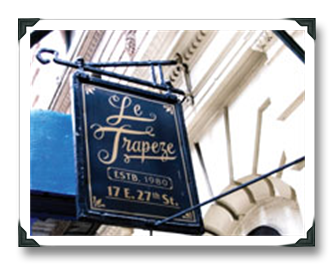 I thought it was a townhouse, but on closer examination, it’s most of the bottom two floors of what appears to be an SRO hotel whose entrance is a block north – the building stretches the length of the block.  Le Trapeze’s entrance is on 27th Street, marked by a whimsical, brightly lit (deceptively classy) sign.  The front door is locked, opened by buzzer after ringing a doorbell, admitting patrons to a dark, almost squalid entryway.  We paid our $110 and the next door was buzzed open for us, freeing us from the airlock.  There, we found ourselves in the “bar” area, a large room with couches and chairs, porn on the TVs, and soda taps, a water cooler, and lemonade and iced tea.  A few couples milled about in towels.

We proceeded to the back, to the locker room, where we got naked.  Or, I got naked.  M kept her black thong and white bra with pink hearts on it on.  We grabbed towels, and made our way deeper into the club.

M offered herself up to me:  She gets off, she says, on seeing me make other women cum, and on seeing them go down on me, fuck me.  She wanted to go find me some women.  There were, as we walked around, probably twenty couples in the club and a few single women.  Before we targeted anyone, we parked ourselves upstairs, in one of the dark 4-6-people rooms.  I lay on the mattress and she crawled between my legs, taking my cock in her mouth.  I was already rock hard.  Between her heart-shaped ass and platinum hair, it was no time before the audience at the tiny door started to grow.  One couple, two couples, three couples.  And then, one of those couples boldly came into the room and parked themselves next to us.

M continued her ministrations as the couple next to us came into focus.  He was probably 55, had a hefty paunch, and was (subcontinental) Indian.  she was probably 35, light-skinned African-American (I’ll call her “Tiny Girl”).  As with many of the couples at Le Trapeze on any given night, and on this night, her and his relationship was hard to make sense of without reference to money.

He was transfixed by M, and intently reached over to grab her tits as I lay her on her back and lowered my head between her legs.  As I licked her clit and fingered her, Indian Guy was being repeatedly rebuffed – gently, respectfully – by M.  Meanwhile, I was caressing Tiny Girl’s gorgeous, tiny ass as she sucked his cock.  After a while, I suggested it would be nice if the two girls kissed, which they both seemed to welcome, and did for some time.

As they kissed, I slid my head under the woman’s ass and positioned her cunt right over my mouth.  As I began licking, she shuddered in surprise, and, it seemed, momentary disapproval.  She looked down at me, though, and slowly lowered herself onto my face so I could have better access.  I slid my tongue into her cunt, I licked up to her clit, I squeezed her pussy with my fingers, I tongued her clit, and I fingered her, first gently, then harder.  Her kissing of M stopped as she focused on receiving pleasure, and settled back on my face.  She started squeezing, rubbing my cock as I spit on her pussy, as I slapped it gently, then more firmly.

“M,” I said.  “Would you stand against the wall and touch yourself for us?”

This was, I gathered, a relief for her, as Indian Guy was not taking “no” for an answer, and my request took her away from him.  The crowd was growing at the door, and another couple – a good-looking, if slightly built, swarthy guy from somewhere (I’d guess) Mediterranean, and a cute, smily, chunky African-American woman with improbably tiny breasts – joined us.  She looked at me and said, “I want you to fuck me.”

“Ok,” she said.  But at least for the time being, my cock was occupied by Tiny Girl, and the swarthy guy started to fuck the bigger one doggiestyle.  I flipped over Tiny Girl and fucked her missionary for a bit, before she pushed me back and over, and climbed up on top of me to ride me, reverse cowboy.

“Oh my God,” I said.  “Look at her awesome ass.”  I was speaking not just to myself, but to the assembled masses, who seemed equally appreciative of the view I had.  I grabbed her tiny hips and was guiding her back and forth over my cock as I bucked, thrusted.

She turned herself around and rode me cowboy for a bit, and, at a break in the action, announced she had to go pee.  As she left, she complimented M on her date’s oral skilz.  (I am good.)

M lowered herself to me and said, “Will you fuck me from behind, like you did the other day?”

And so she kneeled before me as I grabbed a condom, put it on, and plunged my cock into her.  I pressed her head down into the mattress and squeezed her legs, her ass, to give me the tightest possible sensation as I plowed into her.  I felt a mouth on my toes as I was fucking, but couldn’t see who it was. I kept on thrusting, thrusting, for what felt like an hour but was probably ten minutes.

At the next natural break, M whispered to me, “Can we move to a different room?  Indian Guy is making me anxious.”

We stood up, grabbed our towels and condoms, picked M’s panties off the floor and headed downstairs.  There was a procession of people behind us.  We weren’t the hottest couple there.  Ok – yes we were.  But there were a couple of other hot couples.  Though most were older ethnic couples (Russians, it seemed), there was a young hipster couple – she, nude but for her glasses; he, ripped, Asian, wearing gold jewelry.  I described him as Asian to M – she objected.  “He’s Jersey, not Asian.”

In this post, I wrote about the the woman in this couple that she was “the hottie who had perfect breasts and never took her glasses off, whose name I never learned…. I feel an enormous, and real, gratitude to her for joining with me in the thirty minutes or so we were together.”  When I had fucked her the last time I saw her, I learned that their deal is that they don’t perform oral on anyone other than one another.  Had it been otherwise, I would have been into them, and M would have too.  But when I told her they don’t go down, she said, “Well what’s the point, then?”  My thoughts exactly. 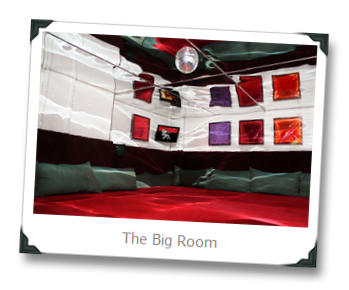 We sat down next to them in the big room, a room with probably ten or twelve couples in it, most of which were fucking at this point.

“I’m busy,” I said, as M once again took my cock into her mouth.  When I was hard again, I grabbed a condom and we resumed fucking, her on top, this time.  She rode me for a  few minutes, but Indian Guy returned, plopping himself down right next to us.  “Let’s just move,” I said.

We got up, walked across the room, and lay down in the far corner.  A scrum of older Russians was fucking near us, as was Tiny Girl, and the larger African-American woman.  M got up to go to the locker room to fetch a few condoms.  While she was gone, two things happened:  the larger woman stood up, walked over to me, and took my cock in her mouth.  I grabbed her big ass, and squeezed, pulling her toward me.  And I overheard a Russian woman telling Indian Guy off:  “No, I don’t have to.  I don’t want to, and I won’t,” she said, in a thick accent.

The big girl sucked as I grew hard, and then M returned, handing me a condom.  I put it on and the big girl climbed on top of me.

I have to say, she was so much not my type that I knew keeping my cock hard was going to be a challenge, that, in fact, it was just a matter of time before I softened.  She rode me, and I held her hips, while M idly touched herself at my feet.  I watched her in the ceiling mirror, her pale skin, platinum hair in stark contrast to the black flesh sliding back and forth on my cock.  My cock popped out as I softened, and the big girl resumed sucking it.  “Are you ready?” she asked, as I grew hard again.  “Can you go again?”

We went to the locker room, and got dressed, she in her tight black dress and strappy sandals; me, in my shorts and tight t-shirt.  We headed out into the night and grabbed a cab, debriefing as we drove. 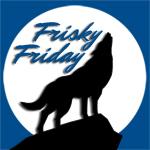