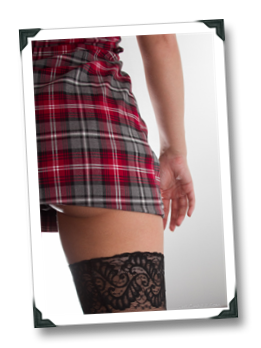 In this post, you’ll get a little tour of a few different such places – both types of places, and places themselves.  To begin with, there are, of course, the famed “Asian Massage Parlors.”  I am not an expert on these.  I’ve been to exactly one in my life, and I went exactly one time.  The whole time I was there, I had the distinct sense that my attendant had been separated from her passport, and wouldn’t be seeing it any time soon.  For some guys, this is not an impediment to arousal; for me, it’s saltpeter.

As I recall that place (and I don’t recall it well), it felt sort of like a cross between a spa and a brothel – a nice locker room with an attendant, a selection of a few women among whom to choose, and then private massage rooms.  Once in the room, I had a 55-minute long massage, after which the (bikini-clad) woman asked me a question that, in retrospect, I understood had been, “Would you like me to manipulate your penis in a thoroughly unsexual way until you ejaculate?”  In the moment, I didn’t really understand what she had said (though I had a good guess), so I said, “Yes!”  (Here, imagine Steve Martin replying 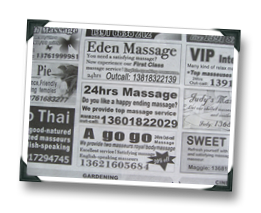 to a French-speaking waiter, learning later that what he had said was, “I’d like a shoe with cheese on it, force it down my throat, and I’d like to massage your grandmother.”)  In any event, I obligingly ejaculated, cleaned myself up, and left, but not before leaving a tip – intended for my attendant, but, I feared, destined for the older woman presiding over the place.  The whole thing, tip and all, might have cost me $100.

Next up, on the ascending scale of happy endings, was a place that went by a variety of names, but currently, I believe, is Sensual Reiki.  This wasn’t really a massage parlor:  rather, it was a service.  They maintain a roster of fifty or more women, some of whom (say, ten or more) are available at any given time, to meet at one of a couple of dingy studios or offices they rent for the purpose.  The whole thing is gross-feeling:  the photos of the women are misleading, the phone interactions unpleasant, the logistics difficult, the venues dirty, and the women themselves unhappy.  I used this place’s services maybe two or three times, and each time, I was struck by how unpleasant the whole thing was.  Each of the women I saw was distinctly unhappy with me for not wanting to pay more in exchange for… well, for more.  And honestly, I never wanted more.

Then, we enter the realm of the primarily Russian and Eastern European workers.  At any given time, there are a number of parlors – typically owned and operated by a woman in her 30s or 40s, who may or may not once have been a sex worker herself.  These parlors have rapid turnover, and typically have 2-3 women working at a time.  They’re open from sometime between 10 and noon until sometime between midnight and 2 a.m.  You call and select from among the women described, or, if the place is accommodating, there’s availability, and you’re not a known scumbag, you’re provided the opportunity to choose when you arrive.  The women are dressed in lingerie; the apartments range from spartan to vaguely luxurious, in an Ikea sort of way.  Extras are sometimes an option, sometimes not, depending on the place, and the woman, and the guy.  (I never got extras – not my thing.  More on that in another post.)  The cost at these places in my city is on the order of $180-220/hour.

From there, we move on to the realm of the parlors that employ primarily native-born Americans.  Here, the rates range from $200-300/hour, the women are grad students, or actresses, and are, by and large, intelligent, thoughtful, interesting people who have a critique of what they’re doing that they’re eager and willing to discuss.  In a different world, I might well have made a number of friends among this crowd, and there were two or three women over the years with whom I was somewhat friendly in a way that extended beyond simply the relationship on the table.  These parlors typically are nicer apartments, decorated somewhat lavishly.  The women typically range in age from mid-20s to mid-30s.  They’re more mature, in an entirely good way (as far as I’m concerned).  Extras typically are frowned on severely – grounds for firing – by management (again, typically, but not always, women in their 30s or 40s, and in at least two cases, by women who themselves continued to work shifts).  The one of these I went to most often was called “Sacred Beauty.”  A quick check just now tells me that their web site no longer functions.  I wonder if they’ve been shut down.

For a few years, there was a place called “Pears” in Manhattan.  This was just like the places described in the paragraph above, with a twist:  they only offered “doubles” – massages by two women.  Otherwise, the description in the last paragraph is accurate.  Pears had two locations – one, in Stuyvesant Town; the other, in a sumptuous apartment in the East 60s.  The apartment in the East 60s had a ginormous gong in it – a gong that was “liberated” by a disgruntled employee shortly before the place shut down.  I had the sense the management was sliding at that point.

At all of these places, save the AMPs and, perhaps, Sensual Reiki, there obtains a simple economic arrangement:  the working women typically pay the house something on the order of $70-100/hour, and keep the rest of whatever they collect.  So a woman who’s popular, who does well, could make well over $1,000 in a day if she works hard and has good luck.  On the other hand, she could be there for hours and not see a client.  It’s all a bit hit-or-miss, and the risk is squarely on the worker’s shoulders.

At all these places, as well, there’s a simple routine:  the man enters and selects (or is introduced to) his provider.  She leaves the room, he disrobes, and pays – either leaving money on the table or in an envelope.  A few moments later she returns, typically having removed a layer of clothing, but still in lingerie and stripper heels.  A massage ensues, after about half of which, he is invited to turn over.  Depending on the masseuse, this massage may be done in lingerie, topless, or fully nude.  And gentle touching is generally permitted (and, by many, encouraged).  “Gentle touching,” in case you’re not sure, usually means “no fingers in vaginas.”

Finally, there are independent practitioners – people who typically operate out of their own apartments or studios, and charge $300-500/hour.  These people typically advertise on Eros, or elsewhere.  Among this crowd, there’s substantial variety – in age, background, services provided.  And of course, there’s a long, slippery road between here and conventional escorts.  At one end of this road are “sacred muses,” sex surrogates, and the like – people who take seriously the art of sensual healing and companionship.  And at the other are escorts, people who are a bit more transactional in their relationship to the services they provide.

In my time, I got to know all these places a little, some better than others.  Another time, I’ll write a bit about the operations of some of these places, about some of the lessons I learned about my own sexuality over the course of more than a decade of patronizing these places, and about my feelings about them.

(And finally – there’s a woman who has worked in such a place, albeit in a less urban setting than mine – who writes an interesting blog detailing her experiences from the other side.  I recommend it.)