The Historian e-mailed me what she called “marginalia” – her contemporaneous journal entries from the weekend in question (almost two years ago now).  I recall everything she writes vividly, but still, it’s jarring to read it in her words – both because her perspective at the time was not mine (her frustration at my complete control of my orgasm, for example, is palpable in her writing) and because as time proceeds, my memories shift.

Her writing reminds me that we didn’t go straight to the hotel after I picked her up, for example:  we went to some ridiculous South Beach dancing/drinking scene.  We watched the beautiful people, and they turned us on.

Then we went back to the hotel and ripped each others’ clothes off.  I learn from reading her account that I kissed and bit her nipples, that I touched her clit and fingered her cunt, that I went down on her, that I didn’t stop after she came.

This is why I enjoy writing about thinking about sex more than I enjoy writing about its practice.  Because, as with the sexy texts that she and I sent one another that day, with (just a little) distance, it so often seems banal.  What was most hot about Miami wasn’t the fucking, sucking, licking, biting, pinching we did.

Although – that was pretty hot.

No – what’s really hot to me now isn’t the memory of that.  It’s the memories of the feelings associated with that.  This woman – this insanely hot, devastatingly smart woman, a woman whom I only had met once, for an hour – got on a plane and flew a long distance to spend a couple of days with me.

It’s the anticipation I felt in the waiting area.  The sensation of watching her, her legs spread, her fingers in her cunt, in the car as we drove back to South Beach – having never tasted her (except for licking my fingers after that first cab ride), having never felt my cock inside her mouth, having never seen her breasts, her ass, and knowing that all those “nevers” would be erased in a matter of minutes.  That was what was hot. 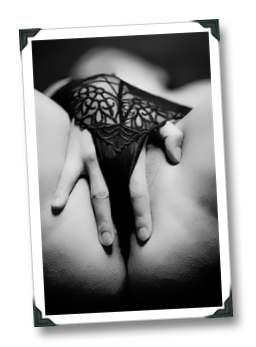 So I can write about the fucking we did, about what it felt like when my cock found her mouth, when my mouth found her clit, when my tongue found her nipples, and that’s all well and good.

But aren’t the surrounding feelings even hotter?

They are for me.