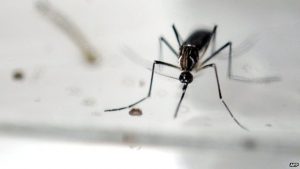 Sofia and I were discussing pain, and metaphors, and analogies. I was talking a bit about mosquito bites with her.

And then, not long after our conversation ended, a mosquito bit me.

I saw it land on my arm, just below my elbow.

Generally speaking, I don’t kill creatures. When a hornet fell, wounded, to the floor recently, I covered it with a glass, slid a piece of paper beneath the glass, and carried the creature outside, where I flung it from the glass – to death? To freedom? I don’t know. But I didn’t kill it.

So this mosquito bit me. It slid its proboscis into my flesh, exchanged its venom for my blood, as I watched. It left, moments after landing, and I felt the itch nearly instantly.

“Itch” is an imprecise word. It doesn’t describe a feeling so much as an impulse – the impulse to scratch. But the itch, itself, is a changeable thing. At first, it was cold. A sense of a slight chill in my arm, slightly disturbing because of its difference from the nearby warmth. And then, it wasn’t cold any more, but instead, it became warm – a sense of heat in my arm. Not just heat, though, a sense of heat accompanied by – vibration? Yes, vibration. It was almost as though there were moments of heat followed instantaneously by moments of chill, and then heat again. And then, pressure. And then, relief. And then, pressure again. The thing I identified as an “itch” was more of a sense of instability, of changing, than of anything else.

This is the thing about itches, for me: I think they’re simple. I think that to identify something as an “itch” is to describe it fully. Not just to describe it, but to prescribe its resolution: an itch is that which can be relieved by scratching. Even though it can’t be. And I know that.

But my itches aren’t, in reality, nearly so simple. First off, as I said, the itch caused by a bite isn’t in any meaningful sense abated by scratching. This is a bit of wishful thinking to which I seem utterly committed, in spite of all evidence to the contrary. It’s not so much that scratching makes the itch worse – this is one of those lies parents have told children for generations. Scratching doesn’t make itches worse. What scratching does, though, is something far more pernicious: it reinforces the false and damaging sense that the best response to discomfort is action.

With an itch, scratching is a seemingly benign response – it doesn’t make the itch go away, but it sometimes does provide momentary relief. It doesn’t address the underlying issue. It doesn’t stop the itching, really, but it defers it. Or maybe, it erases it for a moment. But stop scratching? The itch is back. The vibration, the tingling, the oscillating temperature.

If I don’t scratch? This is, for me, the most interesting thing about an itch. If I don’t scratch? If I turn my full attention to the itch? Then, things get interesting…. If I don’t scratch, if, instead, I simply notice what’s happening in the itch, two things happen: first, as described above, I become increasingly aware of the constituent feelings of the itch. My itches aren’t, really, one sensation, but instead, an often overwhelming combination of sensations – of temperature, movement, and pressure. But also? If I pay attention to an itch? Often, I notice that, after a few moments, one or both of two things happens: either the itch recedes, abating, or my thoughts move elsewhere, and the itch becomes less prominent in my psychic experience – even if the physical sensation is unchanged.

As Sofia and I were talking, the other day, I was reminded of the extent to which my psychic pain is like an itch.

It feels urgent, requiring action in response. But the action it demands – though numbing, though sometimes providing momentary relief – often has no impact on the underlying affliction. Like a mosquito bite, psychic pain simply is – a condition by which I am afflicted, one whose symptoms ebb and flow, in and out of my consciousness, demanding action, but unmollified by it.