Could you describe your orgasms for me? Can I be honest? I’ve asked guys this question before (boyfriends and friends), and the answer is always disappointing. No pressure or anything, but impress me.

Um.  This is the kind of question I ask women all the time, but… confronted by it myself?  I see how daunting it is.  Using words to describe bodily experiences is always somehow unsatisfying, as the words point toward experiences, but can’t possibly encompass or capture them comprehensively (see Slavoj Zizek, Violence, and many others).  This is a basic problem of language generally, but when it comes to sex, it’s even more pronounced.  It’s why, when I write about sex, I tend to spend far less time describing the physicality of the experience and more describing the context in which it happens:  somehow, the violence done by using language to describe experience feels less stark to me, less violating when describing scenarios, settings, dynamics, than when describe sensations or bodily experiences.

But K (a new distant buddy, about whom I’ll write some more shortly) asked, and so here goes: 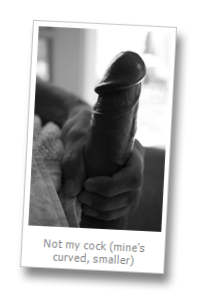 Last night, I lay in bed.  I took off my black cotton boxer briefs (J.Crew), and took my cock in my hand.  My cock was hard, as I’d been touching it idly, stroking it, squeezing it, for the better part of an hour as I had gone back and forth between e-mailing and chatting and writing a post.  And trawling for images for my Tumblr.  There was no particular image in my mind, no porn stimulus – unusual for me.  Usually, when I jerk off, it’s either to a very specific fantasy or to a stream of images or a video.  But last night, I was focused on the impending orgasm – I wanted to be able to describe it, and so didn’t want to distract myself.

Finally, I sped up just a tiny bit, increasing the pressure and the pace, and feeling the pressure of my semen build in intensity.  The image in my mind was that of water, an enormous wave, pushing up against a dam – the pressure grew and grew, and then, in a moment, I knew the orgasm was starting. 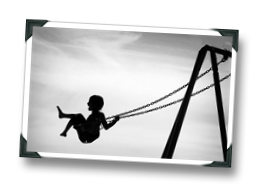 The first sensation was of a momentary vacuum of pressure – it was like that moment when you’re on a swing set and you reach the absolute peak of your arc:  the swing isn’t going up any more, but it isn’t falling yet – it’s just hanging, suspended, momentarily immune from gravity or momentum. This was like that.  The pressure just stopped, and the stopping was a relief, a pleasure.  And then, the flood gates opened.  My hips bucked, I started a long, grunting, groaning exhale as the first spurt of cum shot out of my cock.  And there were twin sensations:  of relief of pressure, and of an involuntary, strong squeezing, deep in my groin (in my balls? behind?).

The relief of pressure is, structurally, like the sound of a gong or a bell:  peak intensity at the initial moment of orgasm, with a gradual (linear?) reduction in intensity throughout the orgasm.  The squeezing is much different:  It’s pulsing, repeating, over and over, completely involuntary, and though the general trend is from the strongest, most intense squeeze to the tamest, almost imperceptible one, it’s not linear at all.  Some pulses surprise me, being much stronger than the previous; others are much weaker. 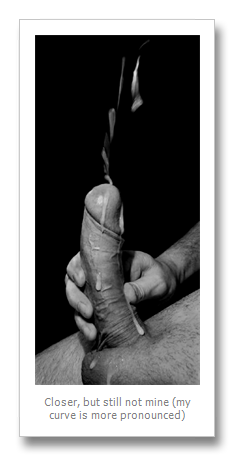 And over the course of some time (thirty seconds?  a minute? three deep breaths?) the wave that has swept over me came to a halt and I was spent, lying limp.  Every muscle that had contracted was released, relaxed.

I swabbed up the mess I made on my belly with a t-shirt, and, being a boy, drifted off to sleep.