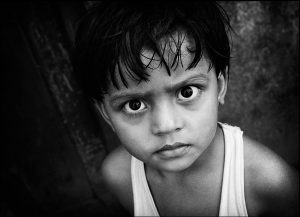 I’ve written a bit about anger before. I’ve written about everything that I write about before. I’ve been doing this long enough (approaching five years now), and writing prolifically enough (over 1,600 posts now) that it’s rare that I find new ideas to explore. I reminded myself of that the other day, when I wrote this post, which was, honestly, just a rehash of this post, but using contemporary events to reflect on the same underlying emotional realities.

So with that caveat, I’ve been thinking about my anger.

When I’m angry, if I’m in a good state of mind – if I’m relaxed, if I’m grounded, if I’m paying attention – I get curious. What’s my anger like? Am I feeling heat? In my head? In my hands? Am I breathing differently? Is my chest tight? My shoulders? My neck? Am I feeling energized? Fatigued? And… what’s my anger about? Is it about what I think it’s about? (Spoiler: it never is.)

(Almost?) always, when I’m angry, what lies just below my anger is fear. Fear of loss. Fear of abandonment. Fear of damage to my self-image.

An example, one that’s perhaps easy to identify with, one that doesn’t require you to share my particular brand(s) of insanity: I’m driving. Dude cuts me off. I’m furious. I flip him the bird. But why am I furious? What has, actually, happened? Chances are, what’s happened is that, in the moment I was being cut off, I was scared, panicked even. I had to slam on my brakes. I worried about my passengers, about myself. Were we going to crash? And I didn’t like feeling that fear. Not least because fear is utterly beyond my control. I can do my best – I can slam on the brakes, I can turn the wheel, I can hold my arm out to protect my front-seat passenger, but… we all still might die.

That sense of fear – and of being out of control – is nearly intolerable for me. A far more tolerable, far safer way to feel is angry. Anger is mine. I control it. It’s something I do, something I can, presumably, stop doing. Feeling anger is an aspirationally omnipotent response to my utterly impotent fear. My fear leaves me hoping for the best. My anger leaves me at least imagining I can control the outcome.

But if what I am, underneath, is afraid? Then that presents me with an interesting opportunity: I can shape my response strategically, addressing the underlying cause (a scary situation) rather than the symptom (my anger). Instead of flipping someone the bird – a discharge of angry energy, sure, but one that can only make me less safe – I might, instead, focus on the car, on the safety of my passengers, on my safety. 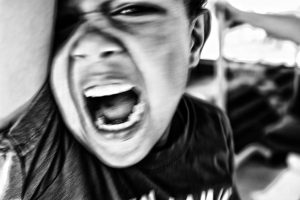 This example has one weakness – because the whole scene unfolds so quickly, chances are, I actually do act in response to my fear even before I’ve become conscious of my anger. I do slam on the brakes, turn the wheel, and extend my arm to restrain my passenger. That’s all reflex. But mostly, when I get angry, it doesn’t unfold over nanoseconds. It unfolds over minutes, hours, days. Years, even. Which gives me much more time to sit with my fear, to make sense of it.

Here’s another example: I have an old friend, my best friend from childhood. I’ve mentioned him once or twice. He is (was?) the closest thing I have to a brother. Our friendship suffered a rupture some years ago, one that left me feeling utter rage. I was furious. I couldn’t sleep, couldn’t eat, could barely think for days, for weeks even, as I was consumed by my anger. My body hurt because all my muscles were tensed up. But why? What was I so angry about?

I was scared. He had done something unimaginably selfish (sociopathic, even) that, truthfully, threatened to destroy pretty much everything I valued, everything that mattered to me, including, but not limited to, my relationship with him. He had made use of the privileged knowledge he had about me, about my life, my history, my weaknesses, and had done so in a way that left me unsure of the ground on which I walk. Sure, I wish he hadn’t done that. But my anger was all masking something really, really scary: I felt vulnerable. I felt weak. I felt impotent. I felt as if, in the face of him, my entire self-conception might crumble. 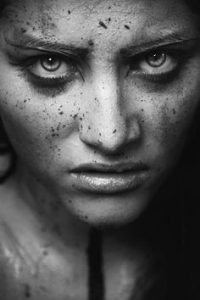 Which raised the interesting question: so now what?

I was fortunate. I was able to act to protect myself from the threats he (re)presented without in any way engaging with him. Hitting him – something I desperately wanted to do (and, to be honest, still wouldn’t mind doing) – would have done absolutely nothing to make me safer, to e(r)ase my fear, to reassure me. It might have felt good, but it wouldn’t have helped.

For me, taking a close look at my anger often opens up the possibility of responses that are wiser than those which first present themselves.

And a tiny photographic postscript: I googled “anger” to see if I couldn’t find some interesting images with which to accompany this post. High in the results were the four images with which I’ve accompanied this post, three of which came from this page, entitled “30 Examples of Anger and Rage Photography.” Look closely. Do you see anger? Or do you see fear?