[Note: I don’t often write about politics. Today, I am, for just a moment.]

Parents keep things from their kids. In a healthy family, most of those things aren’t secrets – things which the kids aren’t permitted to know, but rather, are simply private – things that aren’t said aloud. The most obvious example, of course, is sex: we don’t tell our kids that we fuck (let alone how we fuck). But it’s not a secret: if all goes well, our kids come to understand that we do.

The United States is a lot like a (benevolent?) parent: it keeps Americans safe and protects us while we go on living our lives. Increasingly, that (benevolent?) parent would have us believe that, in order for it to protect us, it must keep a lot from us. Including, it seems, the extent to which it spies on us.

Is spying on its citizens the national equivalent of parental sex? Something that happens, that we know happens, but that we all agree not to discuss? Or is it more like a secret: a truth that is kept secret because of its power, a power which is disruptive to the status quo, which changes something essential, if revealed?

I wrote previously about my attempts to find an app to help me keep my actions on my phone private (I’ve settled on “Kid’s Shell”, an imperfect, but adequate, solution), and I’ve thought about the extent to which I want to engage in parental spying: do I want to read my son’s e-mail? Monitor his surfing habits? There are lots of products that would help me do so, in more or less intrusive ways. What I’ve said is that I can do those things – not that I do, or even that I would. I think, if asked, I would say something like, “I reserve the right to do so, but I don’t, and wouldn’t, unless I believed it were really important that I do.”

Lately, we’ve been talking a lot about the news in our family, having lots of discussions about secrecy, privacy, safety, and betrayal. Pride and shame, praise and blame.

Edward Snowden is a hero to me. An imperfect hero, to be sure. But a hero. 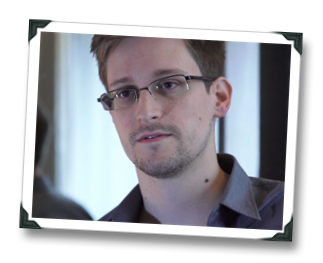