About a year ago, I started writing about “creep shots” – admiring photos taken of non-consenting women without their knowledge. There was a really interesting discussion in the comments and, ultimately, I was persuaded that it was creepy to take them, and that I should stop. I never had imagined it wasn’t creepy; I just didn’t think that the creepiness was reason (enough?) to stop. And then, I did, after hearing impassioned voices. (I’m still not at all convinced that they’re bad – but people I like and respect wouldn’t want them taken of them, and I respect that.)

One of the things that came out of the discussion was that people had a very different reaction to words than to images, that a short written appreciation of an attractive woman somehow feels very different to most readers than a photo taken furtively. Since then, I’ve periodically, when moved, posted these “verbal creep shots.” Today, in a comment on an unrelated post, a reader made a good point: calling these little “snapshots” “creep shots” makes them seem creepy. Even if they’re not.

I called them that because I’m stubborn: while I was content to stop taking photos of unsuspecting women, I still clung (cling) tenaciously to the position that there would be nothing wrong with doing so. Even if women don’t like it. This, of course, isn’t a likeable assertion, and as with much I write, particularly on this subject, I fear it’ll be misread: I’m not saying it’s nice to take creep shots. I’m saying I don’t believe there is (or at least, that I have heard) a solid rational, intellectual argument against them. I think there is a solid emotional, compassionate argument against them. And that’s why I stopped.

But anyway: I still like the verbal appreciations, and I think I’ll continue to write them from time to time, but maybe I’ll re-christen them. Appreciations? Vignettes? Hotnesses? Paeans? I think them the written equivalent of respectfully, non-intrusively, without expressing dominance, or power, or intrusion, admiring how a woman looks.

I’m taking nominations: when I write a paragraph or two describing the totally hot woman sitting across from me, what should I call that? (Be polite, guys….)

(postscript: they’re paeans. and I’ve written hundreds of them.) 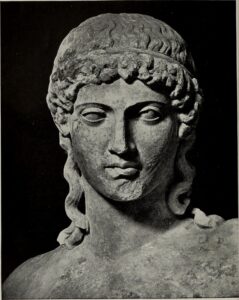