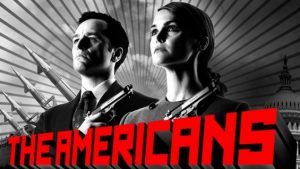 A big part of the reason you haven’t heard much from me in recent days is “The Americans,” the FX drama about a man-and-wife team of Russian spies, living deeply embedded in suburban Virginia in the 1980s. I’m just past halfway through the second season, and all I can say is, wow. There’s so much going on here. (Caution: minor spoilers to follow.)

First, foremost, what the show is about, more than anything, is marriage. It’s a story about a particular marriage, and a very peculiar one. Phillip and Elizabeth Jennings, played by Matthew Rhys and Keri Russell, were teamed up by the KGB for a lifelong assignment, as embeds in the U.S. They’d never met, didn’t train together, and whatever love there is between them came long after they were “married.” (And, in a crazy real-life twist, the actors portraying them became a couple in 2013, the same year that Russell and her husband, Shane Deary, divorced.)

What’s most remarkable about the show – and there are many remarkable things about it – is the extent to which it uses the situation of Phillip and Elizabeth to explore not just their “marriage,” but marriage in general. The writers use the ways in which familiarity, desire, intimacy, dependence, vulnerability, commonality, and difference all play themselves out on multiple axes, sequentially, simultaneously, to raise, but never answer, all of the best questions about marriage. Questions like, “What is love?” and “What does it mean to share your life with someone?” The metaphors are deep, and deeply explored, and endlessly compelling.

But other things, as I said, fascinate me about the show. There’s Paige, the older daughter (who is, incidentally, almost exactly the age I was at the time depicted in the show). She struggles with teenage rebellion, with trying to individuate and learn who she is, through an awkward and painful combination of compliance and rebellion. She desperately wants to be a good girl, but she also wants to be different than her parents. In a twist that’s probably more remarkable to many than to me, her primary rebellion is religious: she joins a church. It’s not so remarkable to me, because I did the same thing. But Jewishly. My parents hated my involvement in Jewish youth groups, and worked fairly hard to prevent it. To the best of my knowledge, neither of them ever threatened a rabbi with bodily harm, but still…. 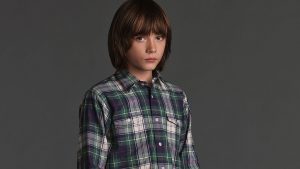 There’s Henry, the younger son: in a show filled with murder, loss, pain – physical and emotional, and all sorts of disastrous occurrences, the only moment that actually drew my tears was one in which, after being caught in an act of typical pre-teen rebellion (with maybe a hint of intergenerational transmission of spy-ness – see below), he collapses in tears, crying, “I’m a good person,” over and over. And, devastatingly, his parents don’t confirm his question. It’s not phrased as a question, but it is: what he means, painfully, clearly is, “Mom, Dad, please tell me I’m a good person.” But his parents are too wrapped up in their own mishugas (that’s a Russian spy word) to give him what he deserves and needs. He is a good person, but in their narcissism, in their own doubts about their own goodness, and their own complicated position – they have devoted their lives to destroying their children’s country – they can’t see him as good.

And, between Paige and Henry, there’s a question that’s just endlessly fascinating to me: just how is it that both kids manage to become domestic spies, in spite of never (consciously) knowing about their parents’ occupation? Every parent, if s/he’s paying attention, confronts this question. What the fuck is the magical process by which our kids seem to know our secrets, and inherit our traits, and our habits of thinking, in a bodily way, even if they never consciously see them, confront them? It happens all the time. And it’s utterly mystifying, and uncanny. The show does a devastating job of depicting this mystery, while never doing so in a heavy-handed way, or pretending to know the answers.

The other characters, the ones outside of the family, all raise fascinating questions as well – questions about loyalty and trust, love and lust, hatred and revenge, devotion and betrayal. Agent Beeman, the Jennings’s FBI agent neighbor, loves two women, but imperfectly. Nina, a KGB spy, and one of the two women Beeman loves, is as inscrutable to us as she is to her handlers, as she sinks more and more into deception. For Nina, by the middle of the second season, her truth is deception. This is made explicit in a fascinating episode in which she learns how to beat a polygraph machine. 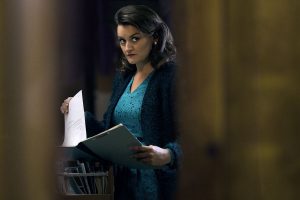 Even the small characters are richly drawn, and mysterious. There’s Claudia, the Jennings’s handler, who manages to fuse sociopathy and devotion to her cause brilliantly; Martha, one of Phillip’s sources, whose desperation and loneliness are palpable, but unexplained – except through her demeanor, which is masterfully, understatedly, grating; and the entire staffs of both the KGB’s rezidentura – the KGB office in the embassy – and the FBI’s counterintelligence operation, each of which is filled with compelling, richly drawn, three-dimensional characters – they’re attractive and repulsive, tragic and flawed, brilliant and stupid. 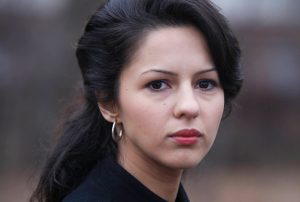 The show is filled with sex, but it’s rarely sexy. A painful aspect of the show is how infrequently the sex is happy, connecting. The vast majority of the sex is instrumental, an act of deception. Even when Phillip and Elizabeth manage to connect sexually, it’s often painful. (There’s a brilliant scene in which Elizabeth pleads with Phillip to be the “animal” his alter ego, Clark, is with the pathetic Martha, and the consequences are devastating to all involved.)

And a final note of interest: I went to high school with one of the actors in the show. We weren’t friends – or enemies – but we knew each other. There’s something endlessly entertaining about seeing someone I knew thirty years ago doing this.