Heads up. My thoughts about sex addiction are evolving. Close readers of this blog know that I’ve struggled a bit with this question. I have written that, while there’s no such thing as sex addiction, I’m indistinguishable from an addict in my behavior.

A couple of things are leading me to rethink things: first and foremost, I’ve recently been doing some learning about the neurobiology of pleasure and addiction. I’m coming to understand that dopamine figures pretty prominently in all pleasure, and in all addictions. Some addiction scientists believe addiction is a state of dysregulation in and of the “dopaminergic pathway.” In simplified shorthand, behavior that looks addicted typically reflects – in part – a physiological malfunction, whether genetic or acquired, in the body’s relationship with dopamine. Others believe things are more complicated than this. This article in The Guardian gives a great overview. With all addictions, though, even the maximal view – that addiction is purely a function of dysregulation of the dopaminergic pathway – doesn’t touch the question of how and why an individual becomes addicted to her or his drug or behavior of choice.

So my thinking on the physical phenomenon of addiction is evolving. 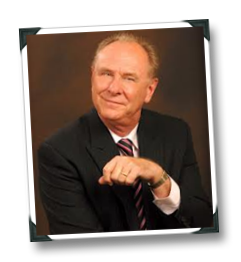 But here’s what’s not changing: the “sex addiction movement” – the complex of certifications and treatments and books and methods and thinking – advanced by Patrick Carnes and his acolytes is intellectually and scientifically bankrupt, if entrepreneurially brilliant. Herein lies a big part of my ambivalence: I worry that people think that “sex addiction” is a meaningful concept, and it has, for the most part, been hijacked by a puritanical, sex-negative, religious crowd. To be fair, there are some earnest and good clinicians within the sex addiction industrial complex, but the complex as a whole is intellectually bankrupt.

AA is not for everyone. Many alcoholics find some or other of the twelve steps (but particularly the second one – the “higher power” one) problematic. AA members have been cultish in their absolutist devotion to the program and, for many, it works. But the AA mantra (and that of all twelve-step programs) – “It works if you work it” – is a false promise. It works for some if they work it. AA has effectively drummed into the public mind the spurious half-truth that alcoholics in recovery never can have so much as a single drink. This is no more true than that “food addicts” can never eat again, or that “sex addicts” can never have sex again.

No, the truth, as with anything, is more complex when you come up close. For some alcoholics, that first drink so distorts the impulse control and reward system that it does, inevitably, lead to a binge drinking episode. For others, this is not true. And for all, there is no axiomatic relationship between a single “slip” and a full-blown relapse. Twelve-step programs do a lot of harm by characterizing any use as a “slip.”

Many recovering alcoholics do learn to incorporate social drinking in their lives. Many sex addicts do learn to incorporate various forms of non-marital, non-procreative sex into their lives. Many smokers recover to smoke just the occasional cigarette. And so on, I suspect, with virtually every addiction. And many AA participants, feeling so much shame at their “slip,” slide on into full-blown relapse. Who knows what a different institutional relationship to “slips” might produce for those addicts?

The zero tolerance concept serves some addicts well. “AA is a simple program for complicated people,” it says. And the simplicity itself is part of the program: by reducing decisions, by simplifying things, it aims to make recovery easier. And, for some, this works.

All of which is a roundabout way of saying that, while I’m revisiting the proposition that one can be “addicted” to sex, I’m not revisiting my view of the “sex addictionologists”: they are hucksters, feeding and capitalizing on our collective shame around sex and non-normative sexual behavior.

Nor am I revisiting my view of 12-step land: it is one path to potential sobriety, among many, and while it is the best one for some, it is not for others.