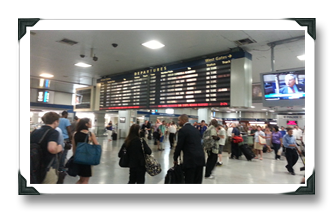 I’m off to our nation’s capital, by train. Amtrak makes track announcements about ten minutes prior to departure. Until then, passengers stand, faces upturned, staring at the sign on which track numbers are posted. Track numbers appear as they’re announced on the PA, and the crowd moves competitively, jockeying for position as the throng boards.

I have a different approach. I stand directly under the sign, facing the crowd. I take in the assembled mass, the kids, the seniors, students, commuters, hotties, not-so-hotties. I like the people, like looking at them, and can do so blatantly, unapologetically. 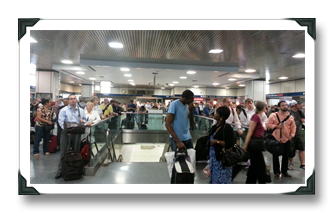 Everyone is interesting. No one notices me. No one sees the tear in my eye.

And when the train is announced, I can’t miss it. Everyone starts at once, in the same direction, and I join the crowd.